Despite myself, I seem to be crying more than one should – at the television. I’m not much of a crier away from the screen. Yet there I am, wailing at the sight of an abandoned dog in one of those harrowing fundraising adverts. Sobbing during a local news item about an elderly war veteran robbed by thugs.

Why is it that I am so ready to open the floodgates in front of strangers I neither know nor care about on the television, but run a mile at the thought of exhibiting an uncomfortable emotion, admitting a vulnerability, to the actual people in my life? Well of course, I’m certainly not unique in this unhealthy behaviour, the roots of which aren’t exactly rocket science. It’s dramatically less hassle unleashing your inner emotions via some (seemingly) unrelated incident involving a small child and a rare disease on the news, rather than admitting your fears directly to a loved one. This is why counselling is so effective. Well, that and counsellors are trained professionals… your tv isn’t exactly going to pipe up with some coping techniques to offer you.

At home, the tv is always on. Critiquing what we’re watching takes on a real importance and, as the years go on, I find I’m over-relating with tv in general. It’s like I actually know the characters in The Big Bang Theory, that they really exist. I’ll have full-blown conversations about them – sometimes, when I visit my parents, we will speak more about what’s happened on the tv than we do about events in our own lives. And with real seriousness.

I consider myself a member of a generation for whom it is still considered a little anti-social, embarrassing – downright ridiculous – to talk so much about something as trivial as the television. It’s an admission that you don’t have enough to say for yourself, about yourself. Times have obviously changed – look at the Gogglebox phenomenon. And while I maintain that too much tv is prone to make us lazy and insular I would also argue that, contrarily, tv does have a valid role to play in today’s society – encouraging connections in its own, very modern, way.

When an episode of The Apprentice finishes, and we all rush to Twitter to de-brief, we’re brought together as part of a (weird) virtual community. And when we say nothing to our partner/parent/sibling in a whole evening other than ‘what did you think of Eastenders?’, well – it might seem to sad to the older generation (and to me, a bit), but at least it is keeping some lines of communication open!

So really, tv is a way of building bridges that perhaps wouldn’t otherwise be crossed, virtual ones and actual ones. Just as it’s easier to cry about something you see on the telly when it reminds you of something you hold quietly inside you, it’s easier for some people to talk to others in those displaced terms too – an easy, ready-made medium to communicate through, in which we can all contribute. Something we can all use to relate to each other with because, come on, who doesn’t watch the tv? (Well, I do know two people who don’t have one…) I can’t see the situation changing either – judging by the constant chatter of the young people that come into my workplace, it’s apparent that tv – well, YouTube actually – is the focus of their days.

I Googled before writing this post and – surprise, surprise – too much television is resoundedly considered bad.

It can shorten your life.

It can change the structure of a child’s brain (?!)

Apparently sitting sedentary in front of a screen for more than two hours a day doubles (yes, doubles) your chance of a premature death. a) I feel genuinely anxious about this alarming statistic. Should i alert my GP? I think I’d need to join a queue, and b) if this is in fact the case, work is definitely killing me.

Of course, there’s distinctions to be made between the kind of tv where you sit glass eyed unquestionably watching pointless drivel for three hours straight, the content of which is seemingly made up of repeating what’s just happened because, presumably, it assumes its viewers have been rendered stupid by merely watching it. (Perhaps death is preferable here…) But it seems unfair with so many screens in our lives now to blame the biggest, oldest one. Surely some idiot glued to their mobile phone screen whilst driving is much more deadly. 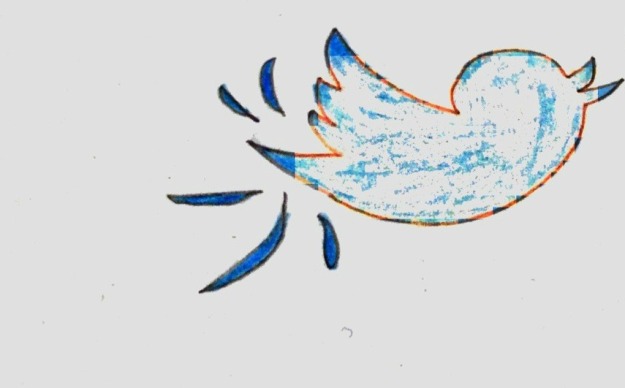 A Place to Explore, Illuminate, and Celebrate the Process of Creativity

Just meandering through life, pointing out little things here and there.

The greatest WordPress.com site in all the land!

Vague Meanderings of the Broke and Obscure

Poetry is my favourite form of trouble

The World Outside the Window

Here be Dragons (and aardvarks)

A twenty-something girl living in a twenties kind of world